Below is a list of some of the projects we have worked on with Just Cuts: 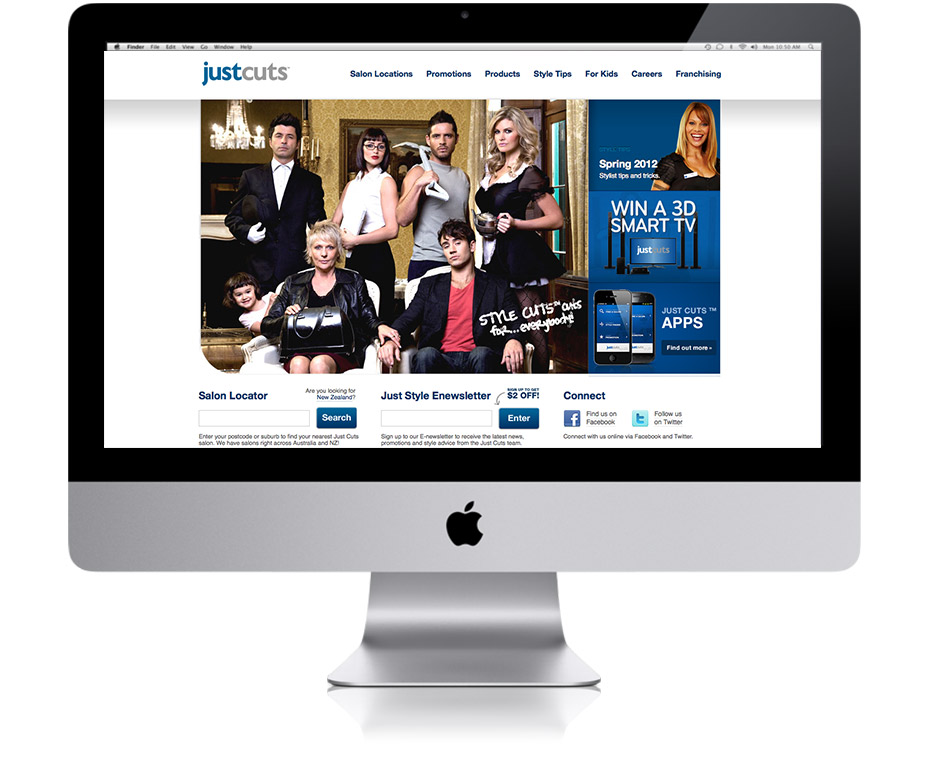 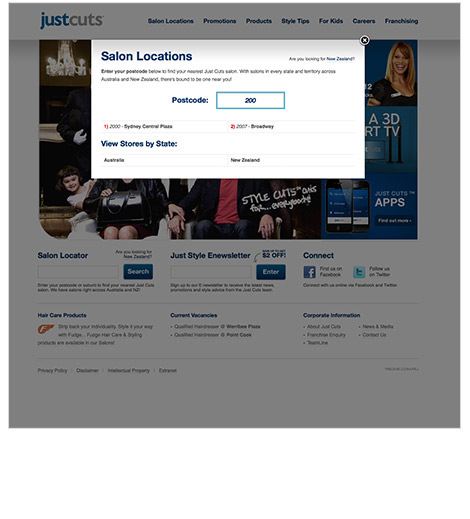 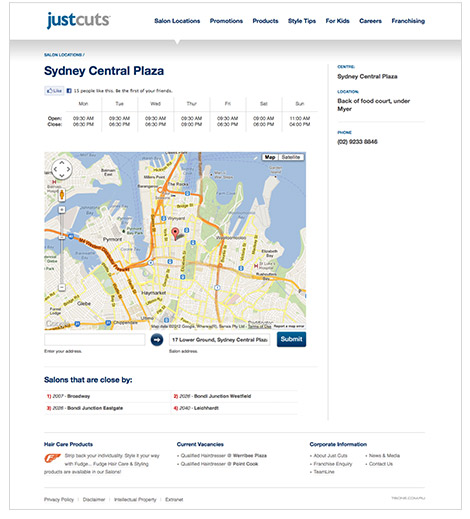 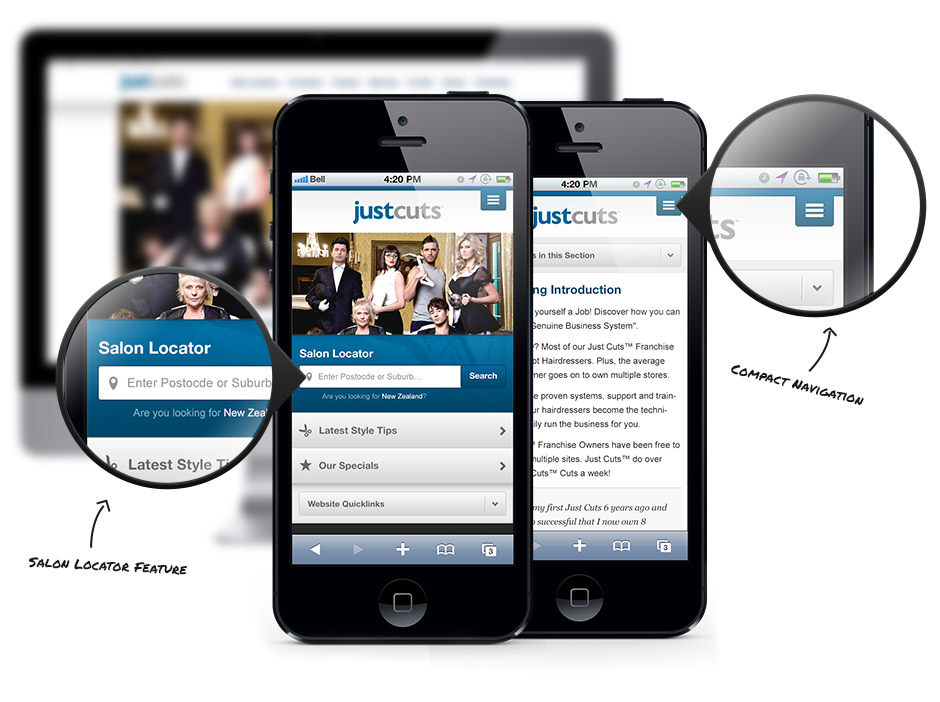 Having a scalable design enables us to future proof the mobile website for any new mobile screen sizes. 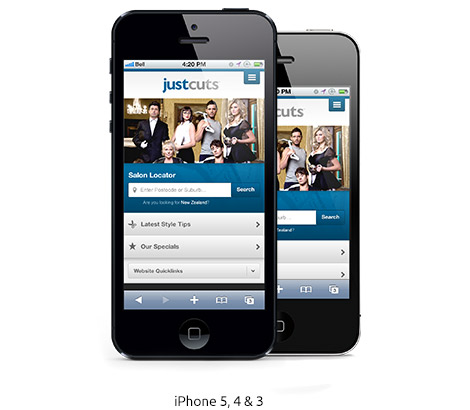 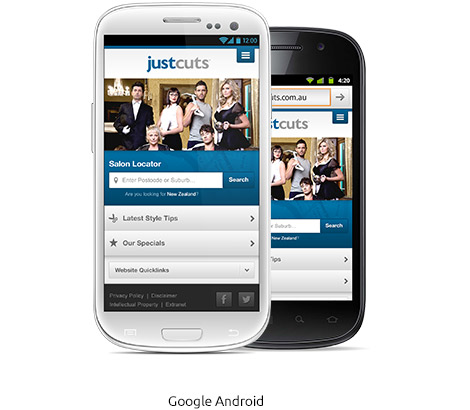 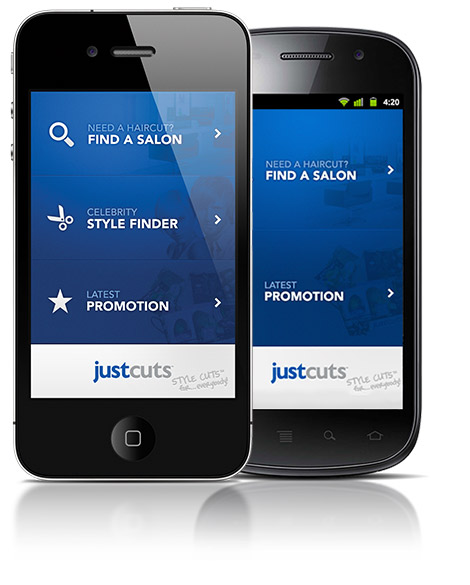 T-bone designed and developed an iphone application for both Australia & NZ in late 2011 allowing users to select a style cut and virtually style themselves, sharing the end result via Facebook or Twitter.

In February 2012, T-bone teamed up with Just Cuts to design a competition supporting the iphone applications which ran for 6 weeks, and allowed users to enter their new style cut via a custom-built Facebook application (after being pre-approved by a Just Cuts team member) to go into the draw to win a major or minor prize. Winners were selected via voting from Facebook fans. 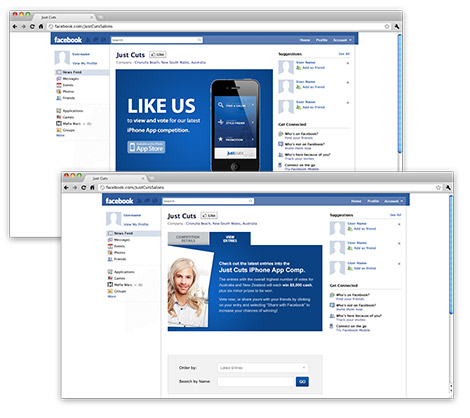 Total app downloads during competition = 4,599 (63% of total downloads) +163 entries via the iphone applications +2,552 likes from Facebook advertising during the campaign.

Despite managing with the use of vote exchange sites by entrants, the competition was a success and both the iphone application and the Facebook page have generated strong long- term interest.